Uncharted 4: A Thief’s End was given out for free to all Playstation Plus users last month. I picked it up and saved it away for a rainy day while I focused on another game.

I played Uncharted 4 for the first time tonight and I thought it was a great game! The art, sound, and controls were spot on and it was just what I was expecting from the fourth installment in this series. I played Uncharted 1 and 2, but I missed the 3rd one. Even without playing Uncharted 3, I didn’t feel like I was left out of anything in the story. Simply knowing that Nathan Drake was a treasure hunter was enough context to be drawn into this story. I even noticed a handful of non-gamers sucked into the story tonight.

During the live stream video below, I play through Chaper 1 and 2, which takes less than an hour. After Chapter 2, the the opening credits roll. I definitely plan to have a 2nd installment for this game where I start with Chapter 3 and continue the story for those who watched this video. Tonight’s live stream had the most live viewers at one time so far as our small community continues to grow. Thank you everyone for watching and sharing. I hope you enjoyed this game as much as I did so far. 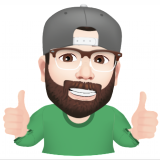